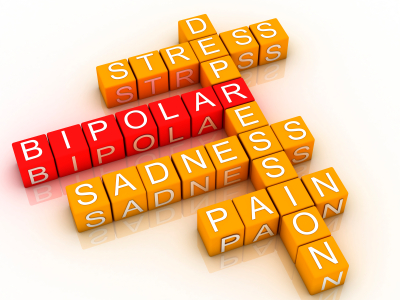 In the recent judgment of EWN v Pharmaco Distribution (Pty) Ltd, the Labour Court ruled on the case of an aggrieved employee, EWN, after her dismissal from employment as a pharmaceutical sales representative. The employee alleged that she had been dismissed unlawfully, as a result of discrimination based upon disability (in this case, mental illness) and claimed compensation for unfair dismissal as well as impairment of her dignity.

The employee had been diagnosed with bipolar disorder before commencing employment in 2008. She was in regular therapy and, with medication, her condition was well-controlled. Her employment contract specified that:

The employee performed exceptionally well in her job. She did not disclose her bipolar diagnosis before commencing employment, but did soon after, and it became fairly common knowledge that she was managing a bipolar disorder. Her colleagues found her pleasant to work with, and she received an excellent performance appraisal from her seniors.

During 2009, the employer changed the basis on which it calculated the employee’s commission, leading to a dispute between them. The employee persistently challenged the commission calculations, culminating in a heated episode in October 2009, when the employee lost her temper and raised her voice at colleagues. No action was taken in the immediate aftermath of this episode. However several days later the employee raised a formal grievance with the employer concerning her commission calculations. The same day, the employer served her with a notice to attend a disciplinary enquiry arising out of her alleged abusive conduct towards her colleagues. She was found guilty of misconduct at the enquiry, and issued with a final written warning.

Some days later, the employer served a new letter upon the employee, now suspending her and calling upon her to attend a medical evaluation by a psychiatrist appointed by the employer, for the purpose of determining whether the employee was capable of performing her work. The employee responded, via her attorneys, that the employer was victimising her, that there was no question that she was performing her work well, and that the instruction and suspension should be withdrawn. The employer persisted in instructing her to submit to a psychiatric examination, and as a result the employee referred a dispute to the CCMA, and also approached the Labour Court for an urgent order setting aside the instruction and suspension. The Labour Court refused to come to her aid, for unknown reasons.

The employee failed to submit to the psychiatric examination, and the employer responded by issuing a second notice to attend a disciplinary enquiry, for failure to comply with the employer’s instruction that she do so. In the intervening period, the employer held a grievance hearing at which it dismissed the employee’s grievance concerning her commission.

The employee was found guilty of misconduct at the second hearing, and dismissed. She was quickly snapped up by a rival company to perform similar work.

The employee challenged the fairness of her dismissal before the Labour Court. The first issue in dispute was whether the employer was lawfully entitled to instruct the employee to submit to medical examination. The employer in this regard relied upon the consent given by the employee in her employment contract, and argued further that the job was pressurised and stressful and thus required good physical and mental health. The employee’s bipolar diagnosis coupled with the heated incident with her colleagues, raised questions as to her fitness for work.

The employee denied that the job was particularly stressful or required any special physical or mental health. In any event, there was no question that she was performing the job well, and so there was no need for a medical professional to confirm that she was capable of doing her job.

(i) the medical testing may be permitted or required by legislation; or

(ii) the testing may be justifiable in light of medical facts, employment conditions, social policy, the fair distribution of employee benefits, or the inherent requirements of the job.

Considering the evidence, the court found that the known medical facts were that the employee was diagnosed with bipolar which was well managed with medication and therapy. Her employment conditions were not inherently stressful. The incident with colleagues arose not from the stress of performing the job, but from the employee’s frustration with the employer’s failure to address her commission complaint. The employer did not prove that there was any inherent requirement in the job that imposed a special health threshhold. While the employer claimed the testing was needed to ascertain whether the employer could perform in her job, the common cause fact was that she was indeed performing well in her job.

The court accordingly concluded that the provision in the employment contract was unlawful and void, and that the instruction itself was unlawful.

It was the employee’s refusal to comply with an unlawful instruction which led to her dismissal. The employer’s evidence showed that the incident with colleagues had not been enough to lead to the instruction to undergo psychiatric testing, but it was the management’s knowledge of her bipolar diagnosis which, coupled with the incident, led to this step. As such, the instruction arose from her disability, being a prohibited ground for dismissal. The dismissal was automatically unfair.

The court found that the employer stigmatised the employee by singling her out for testing on account of her mental illness alone, and that while this overlapped to some extent with the unfair dismissal claim, it warranted an award of R15 000 damages for impairment of dignity.

The above case highlights the need for employers to carefully analyse the situation at hand, and ensure that it is dealt with fairly and appropriately in light of the unique circumstances of each case.

It further highlights the dangers of boldly including far-reaching clauses in employment contracts and then relying upon what the employee has ostensibly agreed to in the contract, without considering the broader legal framework governing the employment relationship.

Finally, the Labour Court made it clear that the mere fact that a person has been diagnosed with a mental illness, does not give others free rein to dismiss that person’s concerns and input as irrational, or to treat the person as inadequate until proven otherwise. Bullying conduct in the workplace will not be tolerated.

Key changes to the labour laws in 2015 – part 2: MORE SCOPE FOR RESCISSION, TIGHTENING UP OF REVIEW

Adultery and the courts: out with the old

21st Century South Africa’s Lords and Ladies of the courtroom